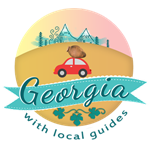 Join me for this adventure to discover the multicultural bohemian city that former Tiflis used to be. We'll follow the footprints of Hamsun, Dagny Juel – the Norwegian Madonna, Swabian Germans and "the palace of one night".

In the middle of 19th century Tbilisi (Tiflis) was a multicultural city, where Georgians, Germans, Armenians, Greeks, Italians, Poles and Russians lived together in peace. Because of its Bohemian lifestyle, the city attracted many writers, musicians actors and had a name of "the city that never sleeps."
We will see the bohemian part of old Tiflis, where Knut Hamsun lived. We also visit the Germans colony Neu Tiflis and try to find out what happened in 1901, when Edvard Munich's muse was murdered in Tbilisi.

Payment for Secrets of Tiflis-Knut Hamsun and Dagny Juel

Please enter information on this form to make payment for Secrets of Tiflis-Knut Hamsun and Dagny Juel.

MariGuide
I am a certified tour guide, a story teller as I would prefer to be called.

Tour is already booked on this day